His work deals with the perception of space and its interpretation, using pre-existing spatial situations as the starting point recorded and re-interpreted to construct new multi-dimensional experiences of reality. 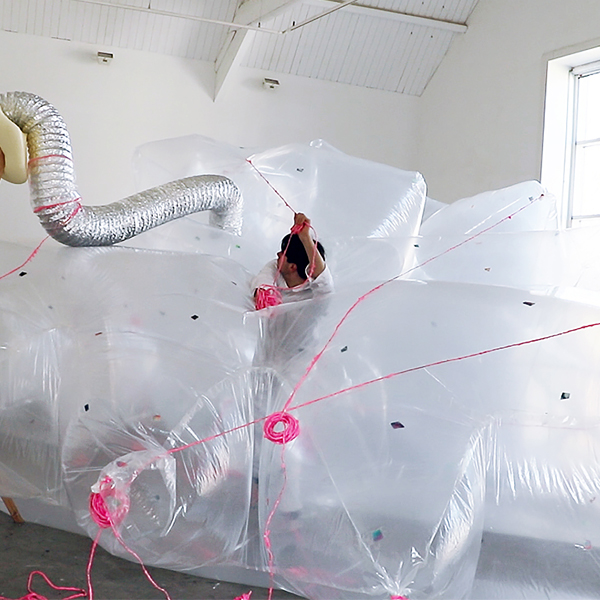 I started using architectural casting materials and process at the Royal College of Art in 2012 and have used them since. Repetition and duplication are key aspects of my work and I am draw to the potential of casting materials to take on multiple forms connected to but distanced from the original object or space.

The film depicts the destruction of 114 clay moulds recorded from the re-situated statues of Henry Rowland Marsden, the Memorial to Queen Victoria, The Duke Of Wellington and Sir Robert Peel on Woodhouse Moor, Leeds. The filmed performance took place on the front steps of Leeds Town Hall; the site from which three of the statues (all except Henry R. Marsden) were relocated in 1937 to make way for a car park. The work merges and re-imagines previous iterations of the space, the materiality of the artist’s process, lost futures and failed dreams. Clay used in the performance was donated to Leeds art students to be reconstituted and continue its existence as art objects in multiple forms.