Holly Feather is a Leeds based photographer that uses a socio-documentary approach to creating imagery around their community. Their most recent body of work ‘Transcendence’ explores the Queer DIY techno scene across Leeds and Manchester with themes of community, hedonism, euphoria and safe spaces being identifiable within their imagery. A publication of the body of work has been created capturing a narrative that follows their personal experiences becoming a part of this scene and features some of the most influential DJs, parties and individuals on their personal journey as well as their photographic practice.

The work featured in the publication has been taken over a 2 year period starting in 2019 when they began taking photographs at parties with friends on a point and shooting film cameras. As the work developed and the world began to open up again after lockdown they began to take their camera to free parties, club nights and events to show the scale of the vast community Queer people have created around the music that brings them together.

Throughout the past two years, they created imagery following the scenes of key individuals and events within it creating a narrative that continues away from the intensity of the club and explores the intimate side of the lives impacted by the community. They chose to shoot on film as the unknown of film exits them and helps them to create compelling work.

They find they are more creative and consider each shot when they have just 36 frames to capture a whole party. Using harsh flash not only adds to the aesthetic of their images but aids them in capturing a still moment in such a fast pace stimulating environment. 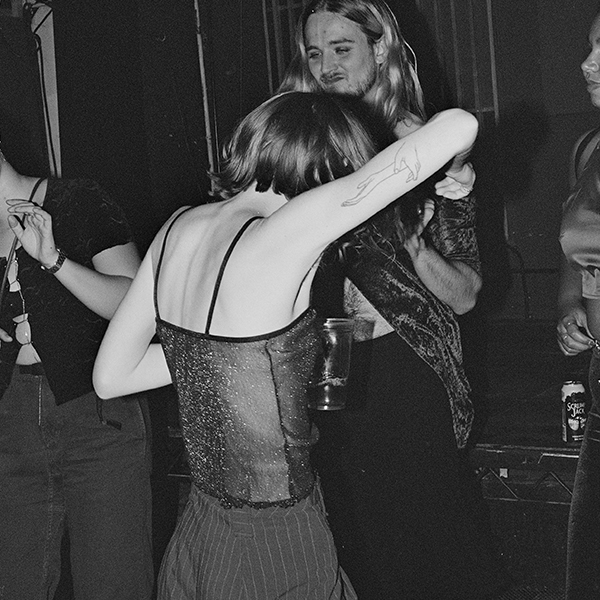 “I feel unapologetically me, surrounded by the people I love. I feel safe. I feel society’s expectations have been lifted.” – anon