Christine Halsey is interested in the concept of the body as object or site: a site for profound dissatisfaction; a site subjected to continual processes of enhancement, damage, transformation.

‘Gown’ is a piece of work made in response to the history of Sunny Bank Mills as a former textile mill which had a largely female workforce engaged in the repetitive processes demanded by piece work.

The fabric for this piece was derived from an embossed monoprint of an ironed and folded shirt, which was subsequently digitally manipulated and printed onto fabric. It has been subjected to processes of cutting, folding, waxing and re-assembling by stitch to mirror domestic cycles of making, taking apart, re-purposing and repairing. The resultant garment, somewhere between ceremonial gown and hospital gown, is apparently simultaneously being made and un-made. It alludes to the contradictions between beauty, sexuality, nurture and ageing inherent in ideals of femininity. 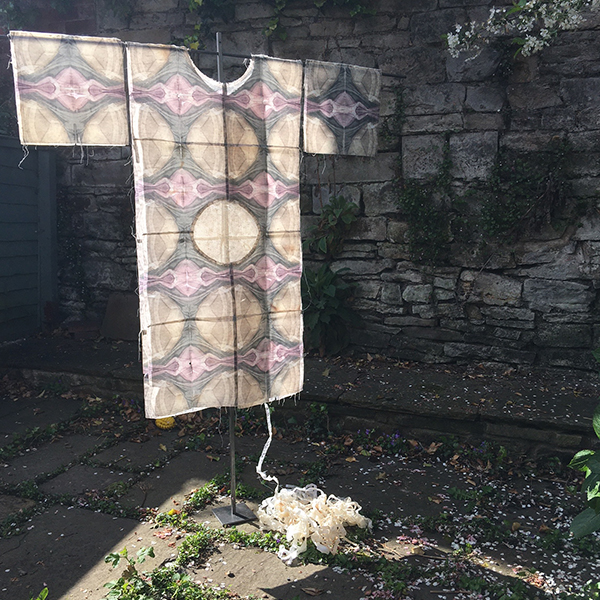 ‘My practice is mostly concerned with domestic acts of care or nurture and their relationship to womanhood.’