Emerson Mayes is an award winning Yorkshire born artist. His work has been collected throughout the UK and worldwide. A fascination with wildlife and the natural landscape form the inspiration for much of his work.

The collection of prints in Summer. Somewhere is part of a larger new body of work completed during the recent lockdowns. On his regular permitted walks, Emerson depicted the birds of the urban edgelands around his home, whose song had become the backdrop to his ‘daily permitted exercise’.

In total Emerson observed well over twenty species on his circular walk, ranging from the majestic Red Kite down to Britain’s smallest bird, the goldcrest. In these simple drypoints Emerson tries to capture each bird’s essence as well as fleeting moments of quiet, solitude and peace – things which were rare during such a troubling time.

Drypoint appeals to Emerson for its directness and similarity to drawing. Another plus is that due to the softness of the plate used the hand-printed editions are kept small. 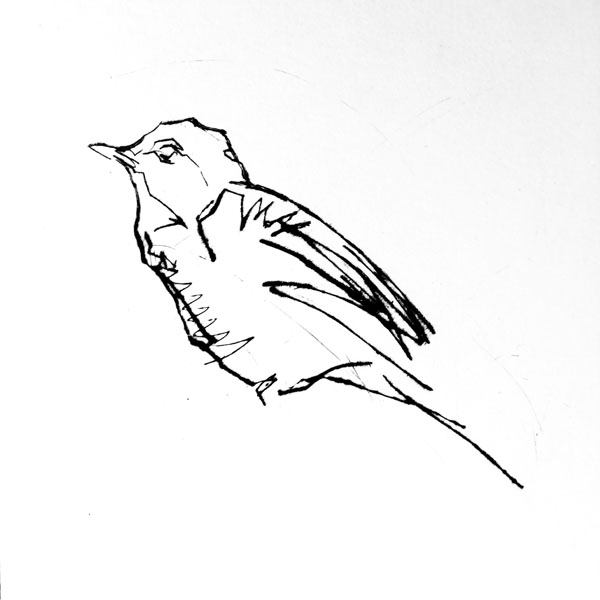 The work splits itself into what at first glance may seem two very distinct areas… that of the landscape and the life that we share that landscape with. However, their similarities are many: when working on either subject my reasons (and hoped for outcomes) are the same – that of capturing a ‘direct response’ with an integrity to both the subject and the media used.

That media also splits into to main processes, that of paint and printmaking. Again, although they seem very different each feeds into each – always informing and always enquiring.

​The finished results will not change the world, or make political comments – but that doesn’t mean to attempt to define and describe the world that surrounds me is any less justified today as it has been throughout art history. If it creates a small amount of joy in any viewer, then I really do think that is reason alone for me to carrying on creating it.