Lines are drawn in space, once detached from the flat canvas, they turn into sculptures, form surfaces, condense into solid bodies or dissolve again. Hovering between two and three dimensions, they create immaterial objects.

Sabine’s site-specific installations are made of thread that outlines and redefines space. The texture of the thread influences these spatial drawings just as the type of pencil influences a drawing on paper. Light is important for these works. Its interplay with matter and its luminosity, shapes and enhances the materiality of the threads.

The spatial drawings reference crafts such as sewing, weaving, knitting or knotting. Liberating these traditional techniques from their conventional purpose, Sabine uses them as a grammar to develop a visual language of her own. As in literary texts, the essence of her work can be read between the lines. 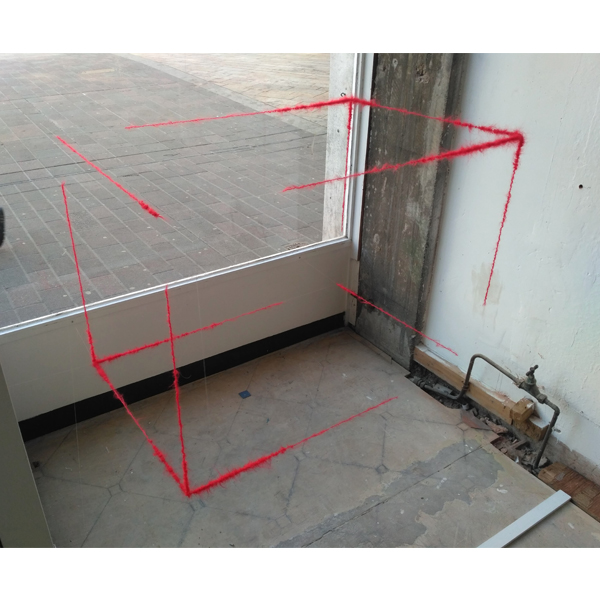