Emerson Mayes is an award-winning Yorkshire painter and printmaker who produces honest and uncontrived work reflecting his obvious passion for drawing, printmaking and the natural world.

These prints are part of an ongoing body of work in which Emerson depicts his ‘direct response’ to the wide variety of ‘feather’ and ‘fur’ found in the United Kingdom. In these monotypes Emerson tries to capture fleeting moments of quiet, solitude and peace – rarities during such a troubling time.

During his career, Emerson has won a number of major awards and has exhibited in many solo shows, major group exhibitions and art fairs across the country and in London. His work can be found in public, private and corporate worldwide including the National Trust and the House of Lords. 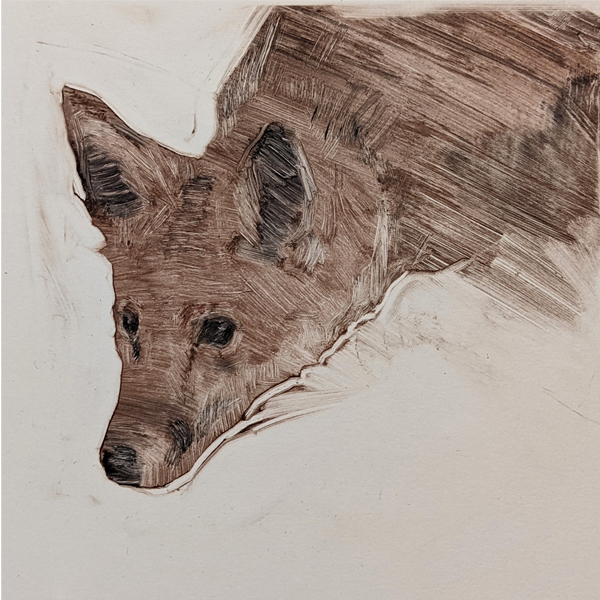