Giles W. Bennett is a neurodivergent artist who uses photographic techniques and moving image to explore the world around him. All of his work explores time and (often hidden) movement.

This fascination took on cosmic proportions in this series ‘Through time and space (a journey closer together)’ when he realised he could capture the movement of The Earth spinning and travelling through the solar system. Confined to a small garden in West Wales during the first lockdown, he started experimenting with solargraphy, a technique which uses pinhole cameras, photographic paper and exposure times measured in hours, days and months rather than the photographic norm of fractions of seconds. Mixing his fascination with exploring and capturing movement with a love of making mechanical devices he ended up building a series of photographic contraptions to capture the movement The Earth through space. These images are single exposures taken during the hours of daylight.

The first contraptions were built using things lying around, a kitchen timer, a bicycle wheel, an old flashing AA light motor and a solar panel. later experiments included a 24 hour clockwork mechanism from a commercial fish feeder. Most of the images were made from contraptions built using a solar panel directly wired into a low geared motor via a speed controller, this means that the brighter the sun shines the faster the motor turns, slowing down when clouds pass. With it’s gearing and speed controller it has a (theoretical) top speed of Pi, revolving at a maximum of 0.314 RPM. 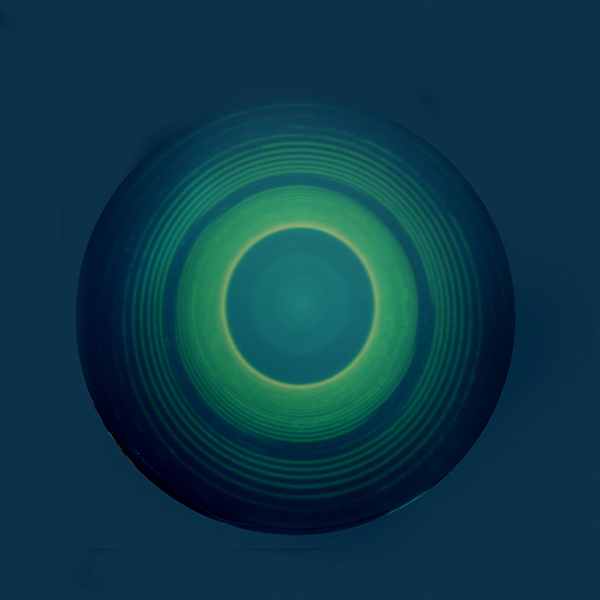 “‘A journey closer together’ refers to the unexpected feeling of connection I felt with everybody else locked-down across the globe while I was sitting in the garden looking up at the same sun.”