With a fascination for the subtle daily changes noticeable in a person and a mutually-felt sense of unfolding change, Katie Kaur Padda’s process involves repeatedly depicting the same few close friends over a prolonged period. The work functions both as a portal into the individual depicted, and a reflection of the artist’s relationship with the person painted – traceable through marks made on the canvas.

Painted with few visual indicators of time, the portraits encourage cross-generational connection and challenge cultural assumptions surrounding younger age groups. As suggested by Anthropologist Claude Levi-Strauss, artworks possess “a special ambiguity in that they are both closed and open forms”, explaining the ability of paintings to seemingly surpass time and remain ever-relevant to human experience. Such a notion underpins the subject of these paintings; works which document a very specific generation yet simultaneously could be interpreted as depictions of an earlier era.

Oil Paint on canvas, as a traditional medium, draws immediate parallels to previous time periods whilst also contradicting a technology-orientated society, contributing to the works’ sense of universality. The juxtaposition between seemingly unfinished areas of drawing and denser, ‘scribbled’ regions of paint portray the subjects in a new, abstracted reality; an answer to the question of where the painted portrait belongs in the modern day.

The titles of the works are formed from dialogue extracted from in-person interviews conducted with the subjects; indicators of the present which nod to popular culture and global issues, yet simultaneously draw comparisons between this generation and the young people of previous years. In this way, the titles become an integral part of the work.

Ultimately, the work aims to simply invite observation of un-posed, un-edited human life (from a generation to which this is alien), whilst also offering refreshing escape from a world of screens. Although, since the artists’ relationship is so closely embedded within the work, these portraits should equally be considered a personal reflection of the friendships and experiences of a young woman of colour in 2021. 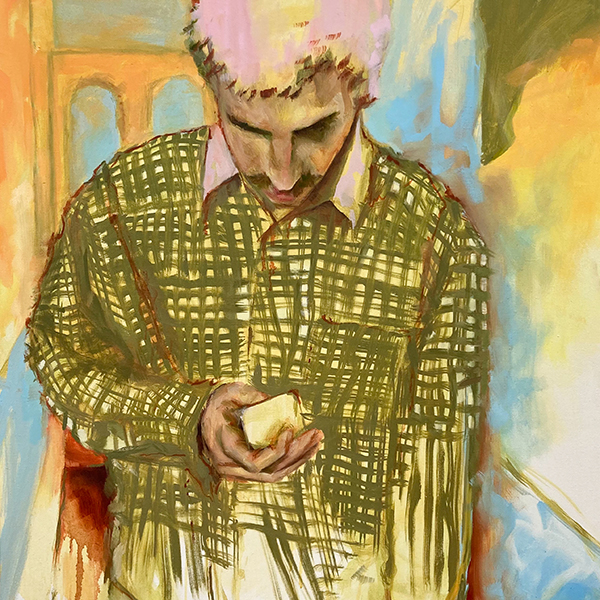 “This work serves as an intimate record of living experience, depicting fleeting moments of vulnerability and exploring portraiture as a means of documenting a generation. ”