Edwin Woodhouse and the Leeds Chorus, 1906 – Hidden histories of Leeds. 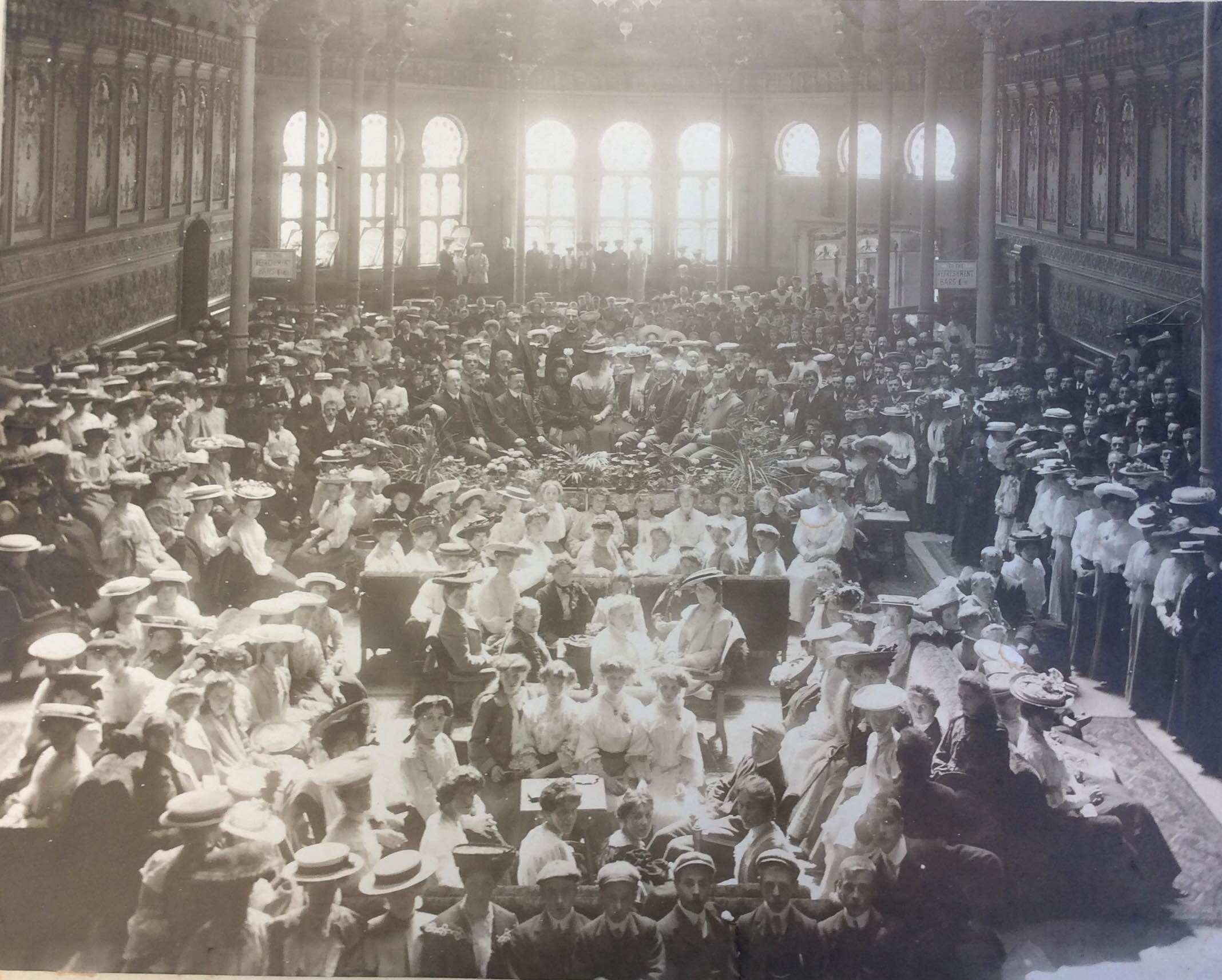 These mounted photographs are part of the collection at Sunny Bank Mills Archive.  The only individual we can recognise for sure is Edwin Woodhouse the owner of Sunny Bank Mills from the 1880’s until 1912. Mayor of Leeds on three occasions and a known benefactor to the musical heritage of Leeds. This however is only one prominent individual surrounded by many.  An image can tell many tales and these images are no exception. 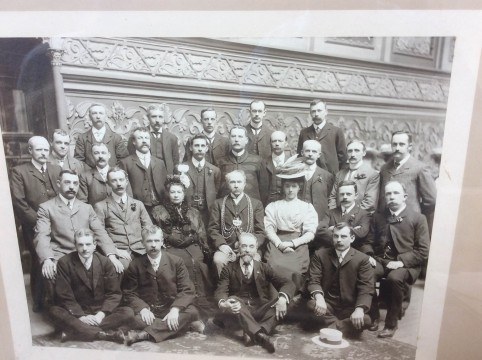 On the 9th January 1906 a party of 300 people and supporters travelled from Leeds to Paris to perform in a choir concert accompanied by the London Symphony Orchestra.  Apparently these individuals were selected ‘on merit alone’. The total number of individuals accepted for the performances was 292 consisting of 87 Sopranos, 77 contraltos, 60 tenors and 68 basses.  This must have been a massive feat of organisation and an incredible sight to behold.  A thrilling adventure for all those individuals taking part.

The event was widely reported in the local and regional papers and must have been quite a feat of organisation and a unique opportunity for all concerned, as this transcript comments on:

Leeds Chorus for Paris Final Rehearsal The arrangements for the visit of the Leeds chorus to Paris have been completed, and those who have been chosen to represent Yorkshire at the concerts in the most beautiful city of the world leave Leeds for Kings Cross at a quarter to nine to-morrow morning, returning home on Saturday. Every possible effort has been made, not only to show the French people what a Yorkshire chorus can do, but to secure the well-being of those who for the moment have been entrusted with the honour of upholding the musical fame of their country, and so strengthen still further this friendly tie of l’entente cordiale

(Note: we understand that a jujube was a type of throat lozenge or perhaps a red date originating from Asia full of vitamins, both of which would have been an ideal gift to a group of singers) The fame of the English visitors greatly pleased the Parisians. The ladies especially were considered delightful, and groups of them were cheered in the streets. The Leeds visitors will still further enhance the reputation of Yorkshire as a musical county, and they are secured of a still heartier welcome.

The Leeds Chorus and London Symphony Orchestra trip to Paris was according to many accounts in the newspapers a great success.   A gift of a gilded laurel branch six feet in height with French and English colours attached was even presented from Paris to the Leeds Chorus and they hoped this would be preserved in Leeds Town Hall (The Yorkshire Weekly Post, Saturday, January 20, 1906) The success of the Paris concert inspired many other choirs such as the Sheffield Choir to go over to Europe to perform (The Sheffield Daily Independent, Tuesday, January 23, 1906). There are, however, two mysteries we have not been able to unravel, where was the photograph taken? and where is the gilded six-foot high laurel branch now?