Stephen Harvey works with print, paint and letterpress to create text-based works which articulate the problems, frustrations and barriers that he struggles against when trying to live independently.

He has been a member of Pyramid for many years and works collaboratively in the Ribblehead Group as well as being a solo artist. As part of the Ribblehead Group, Stephen has exhibited in several major galleries and many cultural events in Leeds. In 2016 the group created Bringing the Outside In, a multi-artform exploration of the strip of south Leeds between Pyramid in Holbeck and The Tetley, which was then exhibited in The Tetley.

Stephen also exhibited at The Tetley as part of Pyramid’s Hidden Art / Hidden Artists exhibition, in which three current artists created responses to an exploration of the Pyramid archive, and specifically to work made by our founder members within the walls of Meanwood Park Hospital. 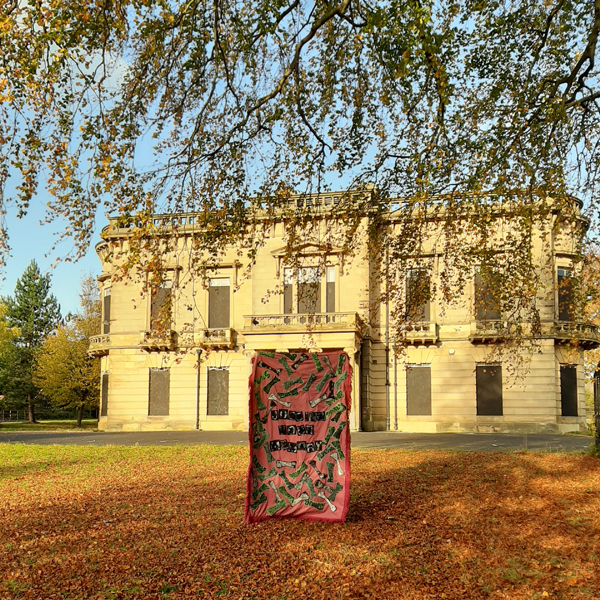 As part of the Material Matters programme, Sunny Bank Mills have commissioned Stephen Harvey to write a poem about his experiences of being an artist and making work during the pandemic. When curating the Material Matters exhibition, we were continuously aware that the exhibition may have to close at short notice, and be moved online or adapted for government lockdowns. In case we had to close, we wanted to be able to share some of the intricacies of making artwork and present the artist’s relationship to materials and process online. We interviewed the artists, produced films visiting them in their studios, organised a research residency, and a creative workshop programme. Stephen’s poem ‘Nightmare Computer at My Terraced House’ captures a snapshot of his life as an artist in the pandemic, as his studio sessions suddenly had to shift online. 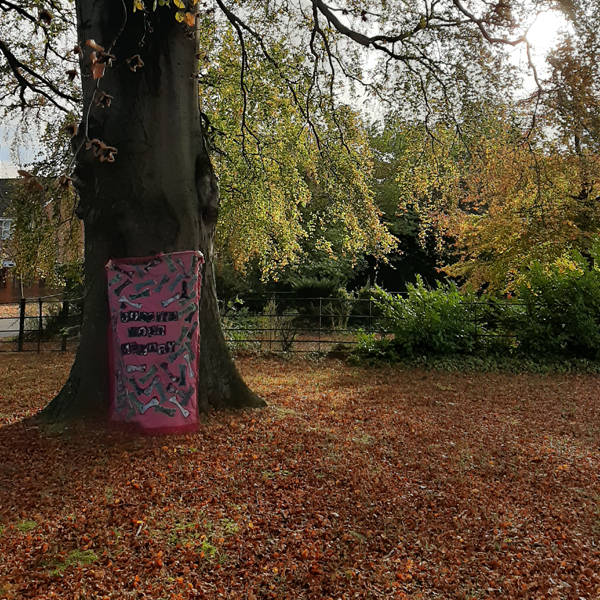 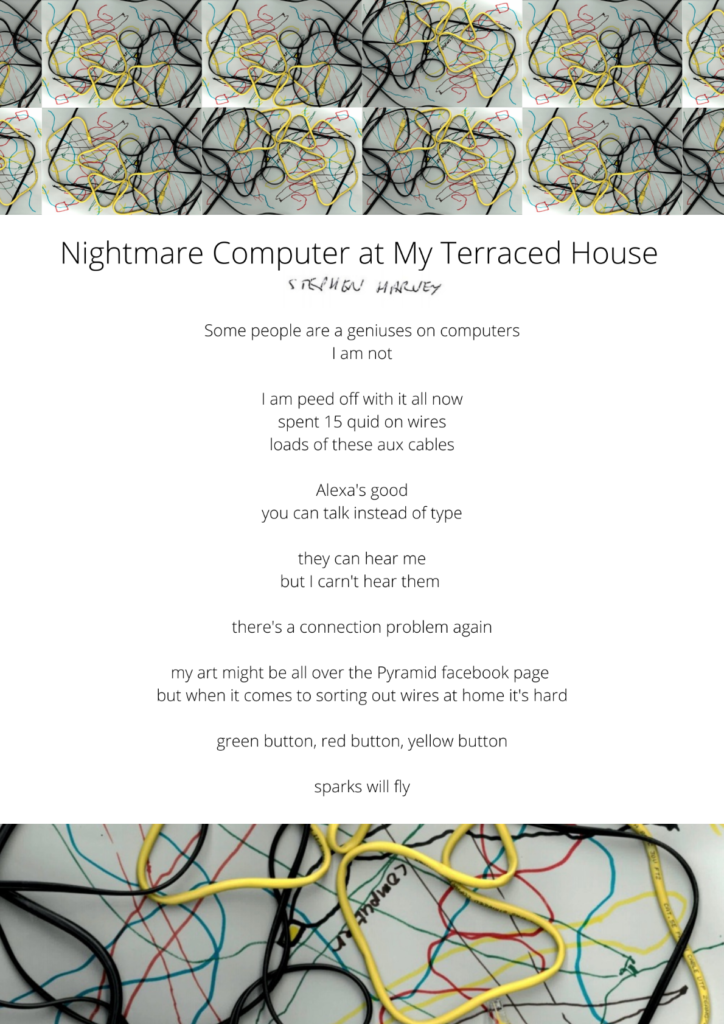