Born in Ireland, Liadin Cooke studied sculpture at NCAD in Dublin in the mid 1980s. In 1993 Cooke moved to London and in 2000 to West Yorkshire. Cooke has exhibited widely in the UK, Ireland and internationally.

“Something about the sinuous snaking gold border of the Madonna’s gown in Duccio’s Madonna Rucellai 1285 has made me deeply aware of the growing number of hard political borders in Europe and our fear of difference.

Bitter-lines is about the edge of things; the tension coming out of Brexit, rising nationalism and now the Ukraine Russian war. In it over 30 current European hard borders become an incomprehensible language of exclusion – limits that cause rancour, pain and separation, and gaps between places of identity and understanding.

Though the link between Duccio and national borders may seem tenuous, in fact these boundaries, the cause so much tension, are the outcome of intensely held beliefs – as strong as those held in the 13th Century when the Madonna, as a powerful totem, was invoked to protect people from conflict. The edge of her robe is the edge of a state of anxiety, an unravelling of place and security.” 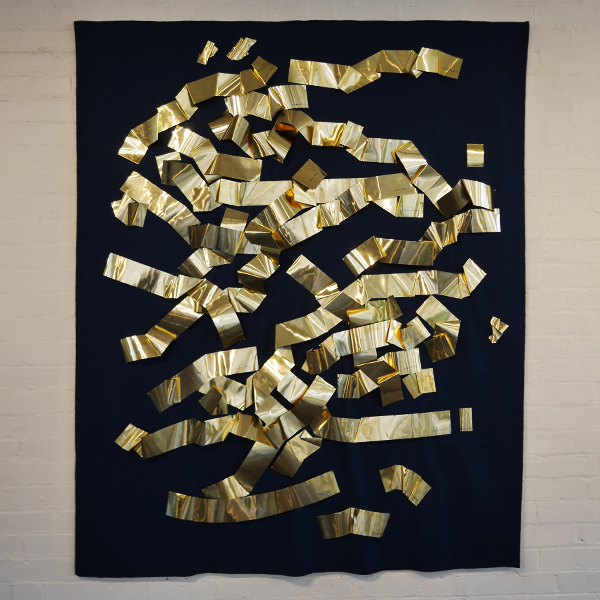 “The border(s) are the sharp edges of bitterness that fear of difference and conflict creates.”