Fundamentally a mark-maker, Phill’s practice translates his seen and felt world into a series of tics, twitches, dots, nods and shakes. He sees this as coding or a visual language. These marks have an erratic energy, they hum in response and in unison to one another within the safe confines of the surface in which they are applied.

In reference to his Walking Ahead series, he says: “I have again returned to the landscape. The landscape acts as a mirror, reflecting patterns in myself, inviting and allowing me to make intimate physical and emotional connections. It connects me to my own history, the person I was and my ancestry. The landscape allows me to shift my perspective and to feel present in my own body.

“Thinking about my Walking Ahead series, often when walking with others I fall behind. In this series there might be two things at play. There is the character of the walker, that we see up ahead. We can imagine what thoughts they might have or perhaps where their journey might be taking them. We can relate to them. Then, there is the character of the viewer, watching from a distance, or maybe, keeping their distance. There might be a sense of lag, or that of being left behind. Or is it simply solitude?” 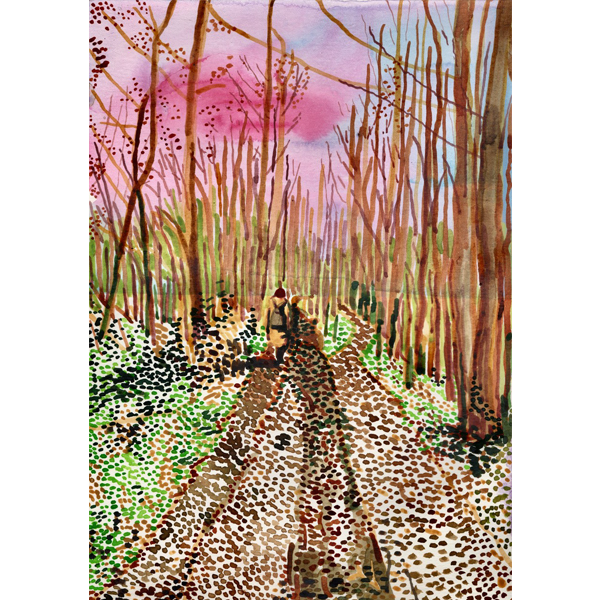 Back to exhibition page