Snippets from the Mill by June Pearce Mender and Burler, Sunny Bank Mills 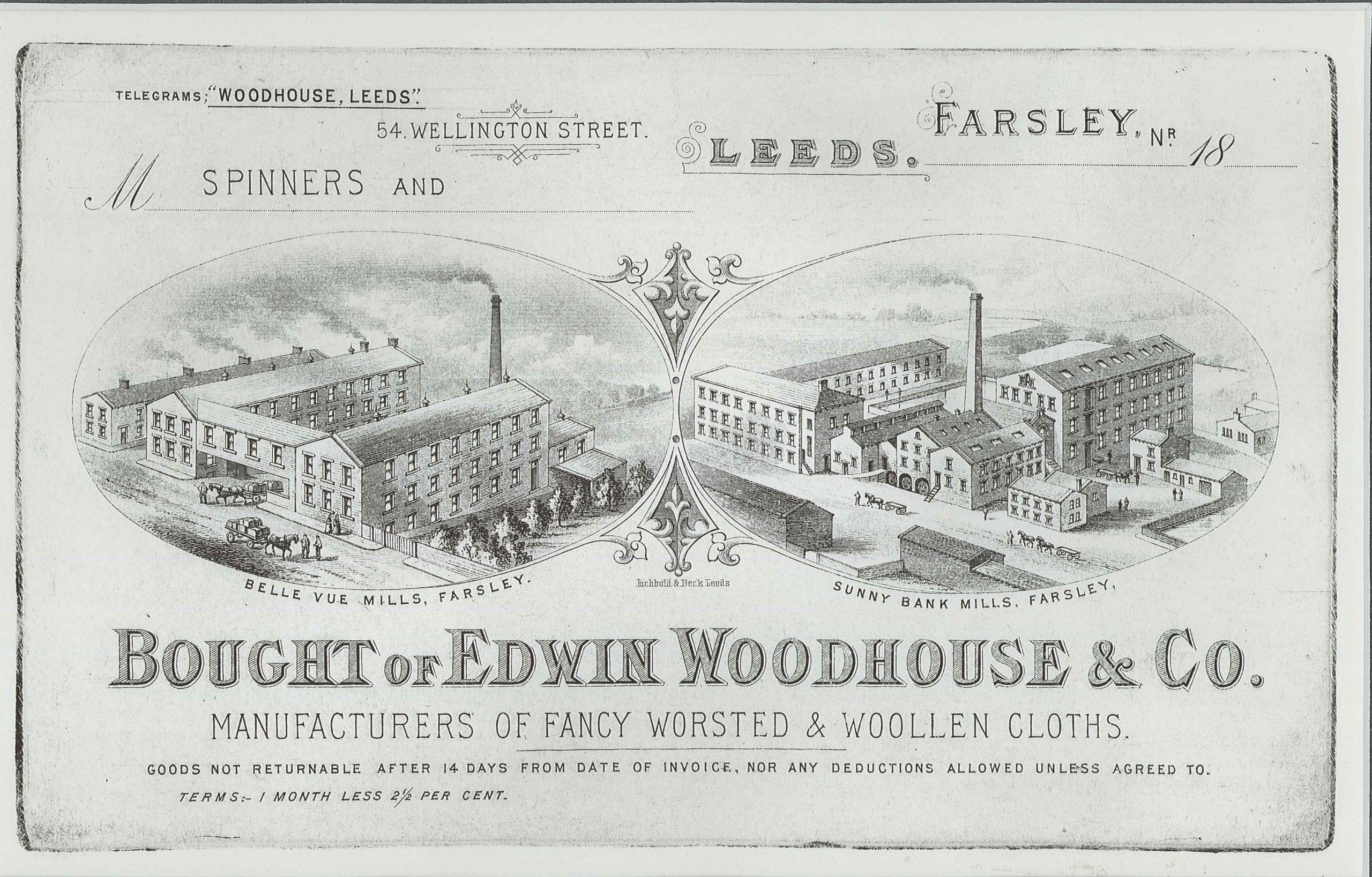 Effie Horn was the mending teacher and was an accomplished organist.  She lived with her aged mother up Priesthorpe Road and played the organ in the Baptist church.  A fine building with a lovely garden, long since demolished and replaced with new houses situated opposite the old council house.  She played in big halls one of which was another fine building now lost, Eastbrook Hall in Bradford.  At times we would go to listen to her.  She married late in life and was very happy. A Mr Haliday would appear in the Mending Rooms each Friday afternoon to collect your money and deposit it in ‘the holiday club’.  You could give whatever you could afford and it would be marked down on your little club card, and kept safe till the summer holiday, when the Mill would be shut down and you could then withdraw it.  All the Mills closed for an annual holiday, though the weeks were staggered slightly to avoid everyone being on holiday at the same time.

The weeks were known as Feast Weeks hence Farsley Feast, Pudsey Feast, Bramley Feast and so on.  The fairs would come, to give the workers a chance to let their hair down and spend their savings.  Farsley Feast was held in the farmers field down Bagley Lane before you reach Springfield Mill.  It was known for flooding and if the weather turned nasty you could be ankle deep in mud.  But with all the fun of the fair going on, the lights flashing, rides spinning and generators running, you really didn’t notice.  There would be big steam baskets swinging up in the air, coconut shies, huplah, roll a penny, bowing booths, fortune tellers, curiosities and wild animals.

There were throngs of people each night till the fair moved on to the next village or town, to give them the same thrills.  Here too we lost our green fields and gained another housing estate. Some of the girls in Mending were taking professional dancing lessons with Mr and Mrs Porrit.  We would listen in awe as they spoke about their evenings spent sewing thousands of sequins onto net dresses in readiness for their next competitions.  Mr and Mrs Porrit had used the Conservative Club for dancing lessons for years.  Indeed I too as a child for a brief period had learnt tap dancing there.  But when the Chapel opposite became redundant they bought it and turned it into a successful ballroom dance hall.   They also had a kitchen installed and produced some really nice lunches for us.  This was so handy being just across the road especially on cold days. 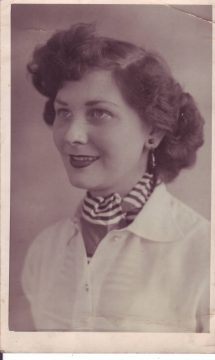 Normally we in the Mending school would rush into the toilets after work on a Saturday morning to brush our hair and apply our lipstick before catching the bus into Leeds.  Spending our money in C and A, Lewis’ and mooch around ‘Woolies’ before going to a coffee shop like Kardomah.  Or if we were celebrating go for a silver service afternoon tea.  It was a ritual and part of growing up and learning to be independent but our pay didn’t go very far.  I had to top up my wage for my keep and got seven shillings and sixpence back, some of which had to go into the Post Office savings bank. Being in the Mending school we were always under the eyes of the older generation.

Even if two of us went to the loo together someone would follow us in to make sure we weren’t chatting or wasting time.  It nearly drove us crazy at times but we got our revenge on Mischief Day, we sewed up the ends of their coat sleeves, the telling off was worth it. When we had finished our two years of training and passed as being well and able to burl and mend to a high degree, we were given our own boards in one of the long rows and our passing out ceremony was given.  You were rolled up in a piece (cloth from the Mill) and lifted and given bumps on the floor and then a cheer.  At last we were accepted and in our rightful place.  While glancing down the room our leaving place was already being filled, and so the process of learning began again with new faces and Effie’s endless patience and prodding finger. 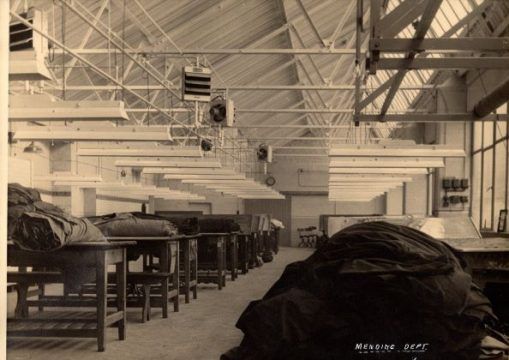 Back To Blog Next (Sunny Bank Mills Spring programme) Prev (Warp and War:)