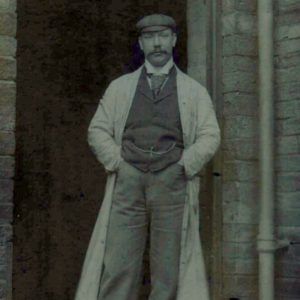 In 1917 William C Gaunt, the wool tycoon bought Sunny Bank Mills from James Ives & Company as part of a rapid expansion during the First World War. He now owned mills throughout the world.​

W C Gaunt was larger than life character in his day, becoming a millionaire businessman owning many mills but also with an interest in Musical Halls and theatres.  ​

W C Gaunt ‘Billy’ was living a very fashionable and glamourous lifestyle at this time and would have probably rarely visited Sunny Bank Mills.

He managed his empire either from his Bradford office or his permanent suite in The Savoy Hotel in London. 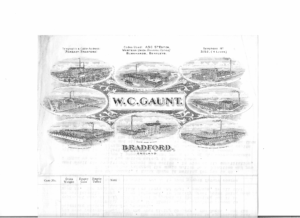 By the late 1920s, the Great Depression destroyed W C Gaunt’s empire and by 1929 his finances and all his Mills fell under the control of the Inland Revenue and five leading banks. Future profits were used to pay his creditors by the issue of debentures until all debts were paid off.

The banks set up the West Riding Worsted and Woollen Mills Company to run Gaunt’s businesses.  Mr Frederic Towle was appointed and the Anglo and South American Bank took control of the running of Sunny Bank Mills. ​

Six months after W C Gaunt’s death in 1942, his son Alfred reached a settlement with the banks and regained control of Sunny Bank Mills.  Sunny Bank Mills still remains in the hands of the Gaunt family to this day.

Back To Blog Next (Material Matters Artist in Residence: Jenny Handley) Prev (Clocking on)