Katie Dickinson is an artist and current student at the University of Leeds, working with photography to explore how time is encapsulated by the still or moving image. Intrigued by the sense of temporal disorientation brought about by the deceleration of ‘normal life’ over the past year, her recent practice seeks to prolong fleeting motions and moments in time through different durational photographies. 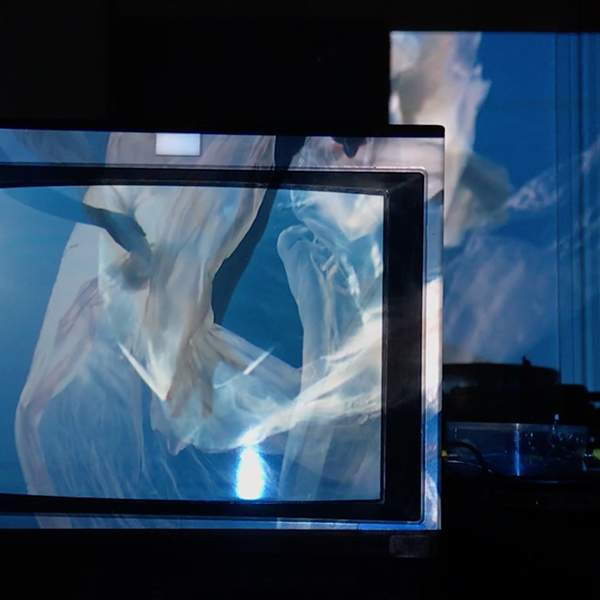 Her moving image piece, Kairos (2021), is a composite of separate slow-motion videos layered on top of one another, which see the artist throwing, warping and rippling a two-year-old plastic dust sheet over the camera. At the heart of this work is the materiality of the plastic, the fluidity of which is both foregrounded and exacerbated by the film’s slow pace, allowing the sheet to take obscure, kinetic forms in mid-air.

Conceptually, the work plays upon the German philosopher Walter Benjamin’s idea that effects like slow-motion not only ‘present familiar qualities of movement but reveal in them entirely unknown ones’ and encourages the viewer to bask in the unexpectedly hypnotic movement of a material as commonplace as plastic. By drawing attention to an encounter that may have otherwise been overlooked by the naked eye, Kairos intends to transform the banal into an unusual experience for the viewer to unwind within, largely achieved only by extending its finite duration.

I’m compelled by the paradox of recording these ‘supernatural motions’ and creating these surreal spaces through the camera, a tool conventionally used to capture reality.