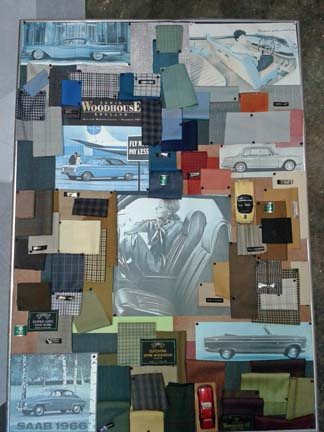 The designers at Sunny Bank Mills had a constant challenge to produce ideas and themes for the design of weaves for the fine worsted cloth produced at the Mill. When you first glance at the rows of cloth in the Archive it seems that all the cloth is bland. Just rows of grey and black suit material throughout the centuries but when you take a closer look it becomes very clear that this is not the case. Many different colours and weaves were produced and adapted for customers and seasons throughout the years. Inspiration came from everywhere such as the pages of this book from one of the Head Designers at Sunny Bank Mills. 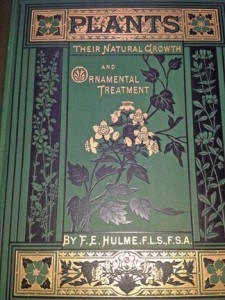 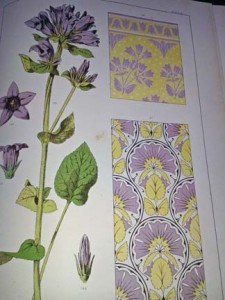 The designers also had to produce boards that were used as window displays when they exhibited at shows such as Première Vision in Paris. They contain examples of fabrics from the season’s collection as a taster of what Sunny Bank Mills had to offer. The colour schemes would have been for the season. At Première Vision each company rented a certain amount of floor space in massive exhibition halls and used this space to entice passing trade with their window display. Occasionally the designers would spot ‘stars’ such as Vivienne Westwood, John Rocha, Jean Paul Gautier and Oswald Boateng. 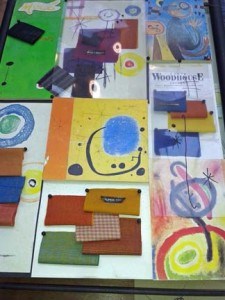 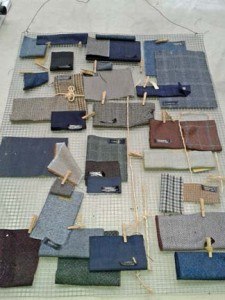