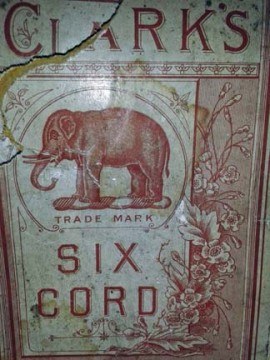 This box lid was discovered in the Archive squashed and battered among a jumble of objects.  A small object which would have played a small part in the fabric and history of the daily life at Sunny Bank Mills.  On further research however like many of the individual objects in the collection it’s story is a fascinating part of history and is a small but important aspect of the industrial revolution. In the 1750s, two brothers called James and Patrick Clark moved to Paisley, Scotland and began work in the weaving trade. 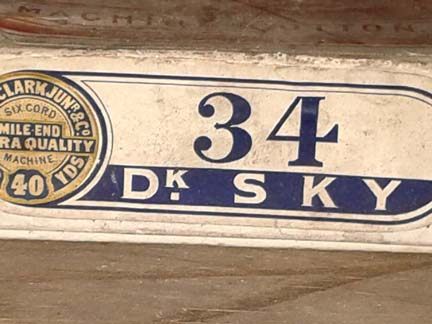 At this time, Paisley weavers were reproducing the rare Kashmir shawls of India at greatly reduced price. Silk was a necessity to recreated these beautiful shawls.  In 1803, Britain went to war with France and their leader, Napoléon blockaded the British Isles.  This prevented many supplies from being imported which included silk.  This silk shortage caused the Clark brothers to create a method of twisting cotton yarns together producing a thread as smooth and strong as silk.  It was soon discovered that it was also strong enough to replace linen and silk thread for hand sewing.  In 1812, the two brothers placed their first cotton sewing thread on the market and opened their first mill and shortly after discovered a way to spool thread onto wooden reels. 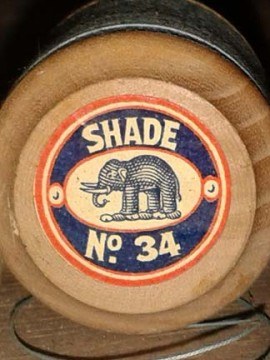 In 1846, Elias Howe invented the sewing machine.  By this time George Clark had developed a six-cord, soft-finished thread which he called “Our New Thread” which became known as O.N.T. a famous trademark of the Clark Thread company.  These developments and inventions revolutionised the industry and proved ideal for the new sewing machines replacing the conventional hand sewing threads.